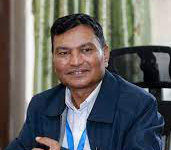 Dr. Man Bahadur Bishwakarma has completed his postdoc research on food security as a Fulbright Visiting Scholar (2016/17) at Brandeis University, USA. He obtained PhD in Social Inclusion in Microfinance in 2010 from Tribhuvan University, Nepal. He did postgraduate diploma in Social Studies from the ISS, Netherlands (2004), MA (Economics) in Rural and Cooperative Development (2000) and MBA (1991) in financial management from Tribhuvan University, Diploma (1997) in Agro-Cooperatives Management from Japan. He has long working experience with various international development agencies such as GTZ, Save the Children, UNICEF, CWS UK, UNDP among others.

He has experiences on conflict, peace and constitution building process as he led the Constitutional Dialogue Centre/UNDP during the Constitutional Assembly-I.  In 2010, he rejoined the public service of Nepal as a joint secretary and served as the Director General for Labour Department, Chief District Officer in several districts, Secretary for provincial Government of Lumbeni and Karnali; and the Principal Secretary for Bagamati province. He took retirement in April 2021. He has been serving as a visiting faculty for MPhil Programme (Education) and MBA-BF Programme of Tribhuvan University and written a dozen of text books for college students and several books on development issues including social inclusion in microfinance and eradication of hunger.

Mr.Awasthi has served Government of Nepal (GoN) more than 40 years in different capacities. After retirement from GON service he has been working as a freelance consultant. He has undertaken studies on federalism, governance including local governance, local level planning local revenue mobilization, M&E and O&M studies, besides contributing to formulation of guidelines and handbooks for local government officials. He has also worked as a trainer in his areas of expertise to different levels of government and non-government stakeholders. 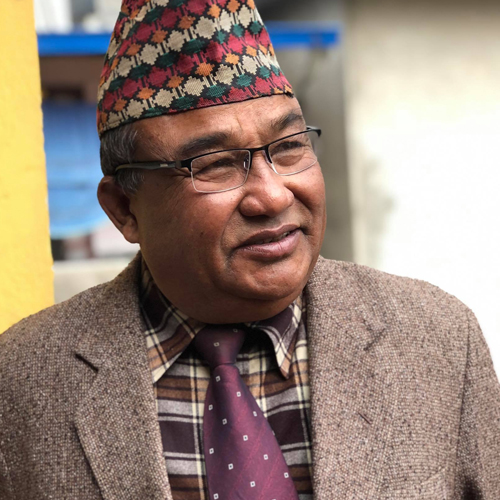 Prof Shree Krishna Shrestha, a PhD, has involved in teaching Public Management and Governance since for 42 years. He was involved with various governance initiatives undertaken by GoN supported by multilateral agencies such as ADB and World Bank. He led Pro Public, a national non-governmental organization dedicated to public interest and governance for two decades.He has conducted a number of studies and published numerous articles on public service delivery, integrity, ethics and governance in various forums.

Dr. Bimala Rai Paudyal is Member of National Assembly of Federal Parliament of Nepal. She holds a PhD in Development Studies from Institute of Social Studies, the Hague, Netherlands; an MA in Economics and Management of Rural Development; a Post Graduate Diploma in Development Administration from Manchester University, UK; and a BSC in Agriculture Economics from Tribhuvan University, Nepal. Prior to this position, Bimala served as a member of the National Planning Commission of the Government of Nepal. She is associated with the Agriculture and Forestry University (AFU) of Nepal as an adjunct Professor of Development Studies. She represents Nepal in Climate Parliament and International Parliamentary Network for Education (IPNEd).

She has worked with government agencies, INGOs, bilateral organisations and NGOs. After the devastating earthquake of April 2015 in Nepal, Bimala Rai Paudyal took lead responsibility of coordinating the Post Disaster Need Assessment (PDNA) thematic teams of Gender Equality and Social Inclusion; Social Protection; and Forestry and Environment Conservation. She also contributed in the formulation of the Post-Earthquake Early Recovery Strategy and Reconstruction Policy with focus on mainstreaming gender equality and empowerment of women, livelihoods recovery, social rehabilitation and resilience building.

Bimala is associated with a number of public institutions. Most notable positions include Board of Directors for the Centre for Peoples and Forest (RECOFTC) for six years (2011-2017) and Alliance for Social Dialogue, Nepal programme on Open Society Foundation for three years (2015-2018). She has also been one of the members of High-Level Task Team in Organic Agriculture and a member of civil society advisory group for UN Women in Nepal (2016-2018). She has undertaken extensive research and has number of publications on mainstreaming gender equality and social inclusion; climate smart agriculture; natural resource governance; disaster risk reduction; and post-earthquake reconstruction. She is an occasional peer reviewer of international journals including European Journal of Development Research (EJDR) and Pakistan Journal of Women’s Studies.

Mr Leela Mani Paudyal served 32 years in different public offices. Formerly he served as the Chief Secretary of GoN, Nepalese ambassador to China, Secretary at the Office of the Prime Minister and the Council of Ministers, Ministry of Home Affairs, Ministry of Information and Communication, and the Ministry of Culture Tourism and Civil Aviation. He has served as Consul General of Nepal to Lhasa of China.

Upon retirement in 2014, Mr. Gyawali was appointed by GoN as the National Coordinator of Nepal for MCC (Millennium Challenge Corporation), a US government aid agency mandated to boost growth and reduce poverty in developing countries. Mr. Gyawali served on UN peacekeeping missions as a UN Volunteer in Cambodia, South Africa, East Timor and Kosovo. He also worked at the BBC Nepali Service in London (1995-1996).

Mr. Gyawali’s main area of expertise is governance, policy and the political economy analysis of development. He has published widely in journals, magazines and newspapers spanning these thematic areas.