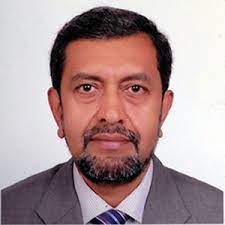 Mr. Durga Prasad Bhattarai, bonr in the district of Bhojpur, was Nepal’s Foreign Secretary from 2011 to 2013. He has served as Nepal’s Permanent Representative to the United Nations (2013-2018) in New York with concurrent accreditations as Ambassador to Ecuador, Peru and Venezuela. Earlier, he was Ambassador to Sri Lanka and the Maldives (2005-2009), and President of the Colombo Plan Council (2005-2006).

During his tenure for more than three decades in Nepal’s public service, he has worked for national airlines, university, cabinet secretariat, planning commission secretariat, and the Ministry of Health, Ministry of Commerce, Ministry of Home Affairs and Ministry of Foreign affairs. He has also represented Nepal at a broad range of bilateral, regional and multilateral meetings and diplomatic conferences; represented Asia-Pacific region in numerous elected leadership positions in the UN General Assembly, steered Nepal’s successful election to the Human Rights Council, CEDAW, CAT (all firsts for Nepal), and ECOSOC, among others; and coordinated Nepal’s positions on UN reforms and in the run-up to the adoption of the 2030 Agenda for Sustainable Development.

Mr. Bhattarai received a Bachelor of Law and a Master of Business Administration degrees from Tribhuvan University, Nepal, and a Master of Regional Development from the Institute of Social Studies, the Netherlands.