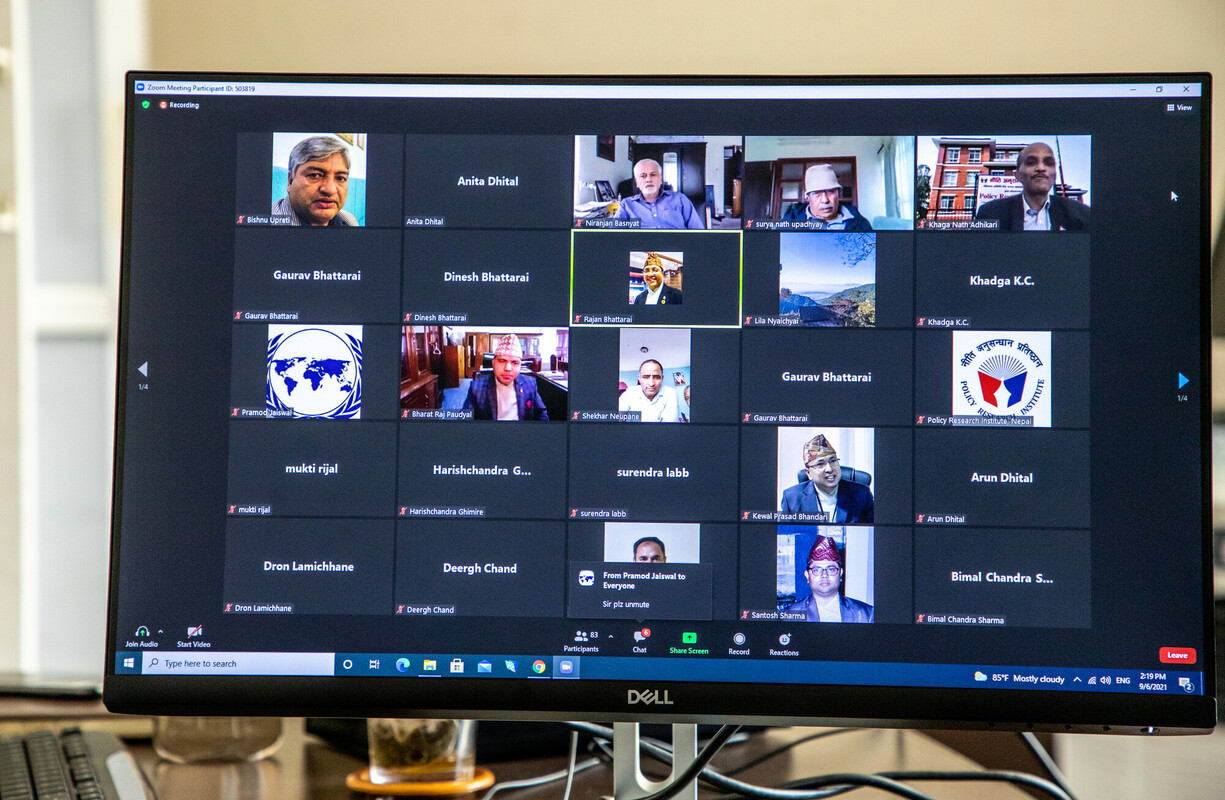 On 6 September 2021, the Policy Research Institute organized a Webinar on Public Diplomacy amidst scholars and researchers of international law and diplomacy, former career diplomats and political scientists. The event aimed to initiate public debate on the importance of ‘public diplomacy’ in international relations, which so far is not that prominent in Nepal.

Dr Lila Nyaichyai, Assistant Professor at the Central Department of Library and Information Science, TU initiated the discussion by presenting a paper on “Understanding Public Diplomacy.” Situated in the experience of Chinese public diplomacy in general and Chinese public diplomacy in Nepal in particular, her presentation suggested that public diplomacy is important to build a good image of a country and enhance influence in a foreign country through people-to-people interactions, cultural visits, educational exchanges and the supply of humanitarian assistance. Dr Nyaichyai’s presentation was commented upon by Dr. Dinesh Bhattarai, Professor Dr. Khadga KC and Dr. Rajan Bhattarai. Commenting on the paper, the experts underscored the need for bridging the gap between politics and practices of public diplomacy in Nepal. They suggested that Nepal’s cultural heritage, such as Lumbini and the tourism sites and spots unique to Nepal, such as Everest, should be promoted as the means of public diplomacy.

Mr. Surya Nath Upadhyaya, Mr. Durga Prasad Bhattarai, Ms. Chandani Joshi and Mr. Gaurav Bhattarai participated in the discussions and suggested issues and areas that Nepal should focus on to enhance her public diplomacy opportunities in the region and globally. Chaired by Dr. Bishnu Raj Upreti, the Executive Chairperson of PRI, the Webinar was moderated by Dr. Khaga Nath Adhikari, Senior Researcher and the Chief of the Centre for Foreign Policy and Strategic Affairs of PRI.

The Webinar was attended by over 95 participants including PRI’s thematic experts and researchers.