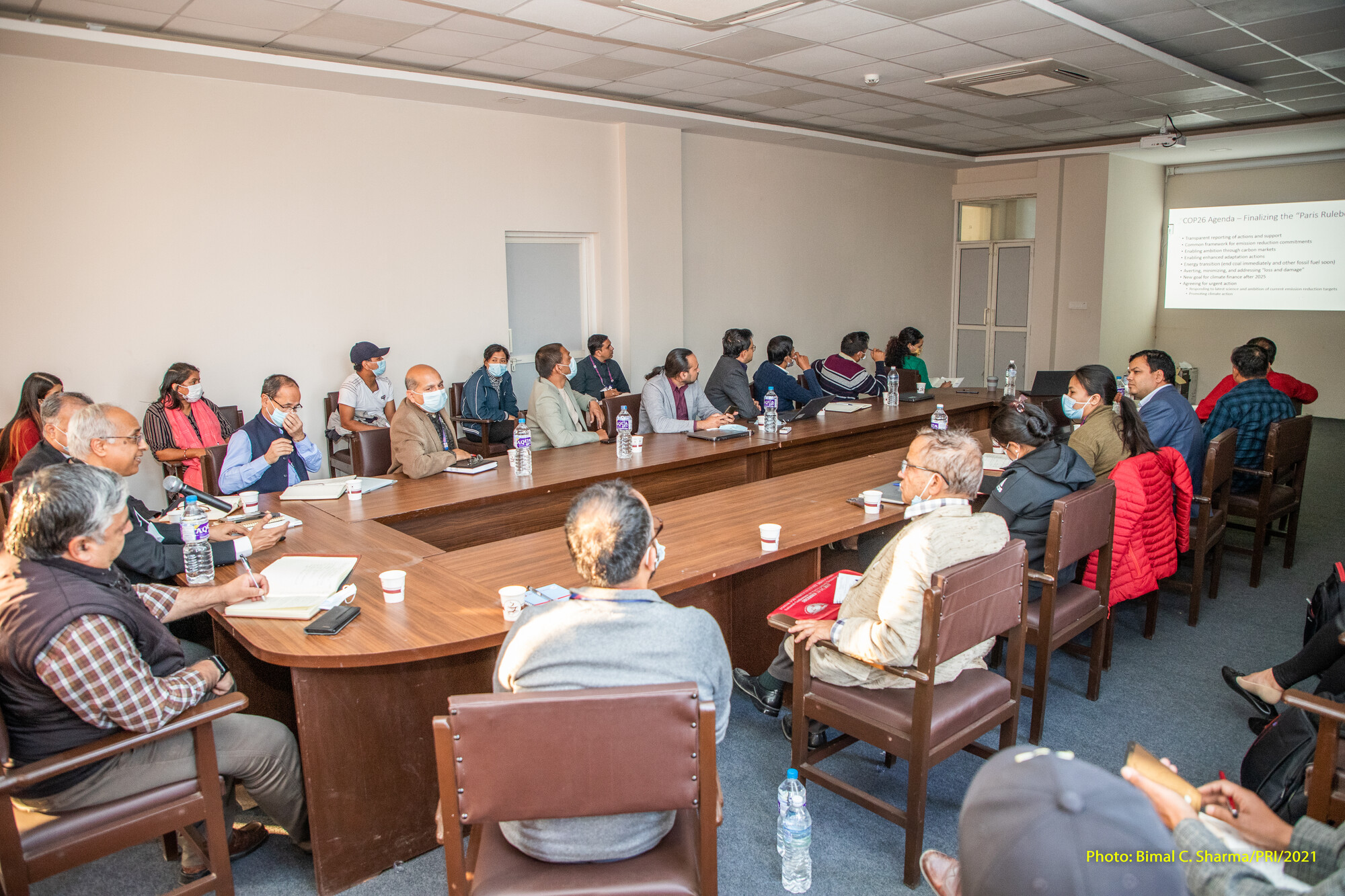 On 2 November 2021, Policy Research Institute hosted a lecture on “Climate Change Discourse: A Casual Look at Past, Future and Nepal’s Concerns” by Professor Shobhakar Dhakal from the Department of Energy, Environment and Climate Change at the Asian Institute of Technology (AIT), Thailand.

In the lecture, Professor Dhakal walked PRI researchers and analysts through the following:

In the lecture, Professor Dhakal highlighted that the average global temperature is now 1.09°C warmer than the pre-industrial era (1850-1900). The increase of global temperature has been faster since 1970. And the current rate of warming has been unprecedented in the last 2000 years. In the 1990s, developed countries were estimated to emit some 60 percent of greenhouse gases. Now, this trend has reversed. Developing countries emit nearly 65 percent of greenhouse gases today. Unlike in the 1960s, the climate change today is widespread, rapid and more intensified. If the world does not engage aggressively in reducing greenhouse gas emissions just now, it will be difficult to meet the GHG reduction target.

Commenting on Nepal’s promises and delivery, Professor Dhakal underlined that Nepal’s Nationally Determined Contributions (NDCs), which are measures promised and initiated by individual countries to reduce national emissions to contribute to the Paris Agreement, have been inadequate. Nepal still lacks an overarching emission reduction target and only provides for sectoral and activity targets, such as the promotion of electricity-based energy (for vehicles, cooking, etc.), reforestation and plantation of new trees to cover at least 45 percent of the total forest cover in the country. These measures and promises are impressive. However, in the absence of an overarching national target, they run the risk of missing a national guidance.

The lecture followed an interaction on various aspects and facets of climate change.