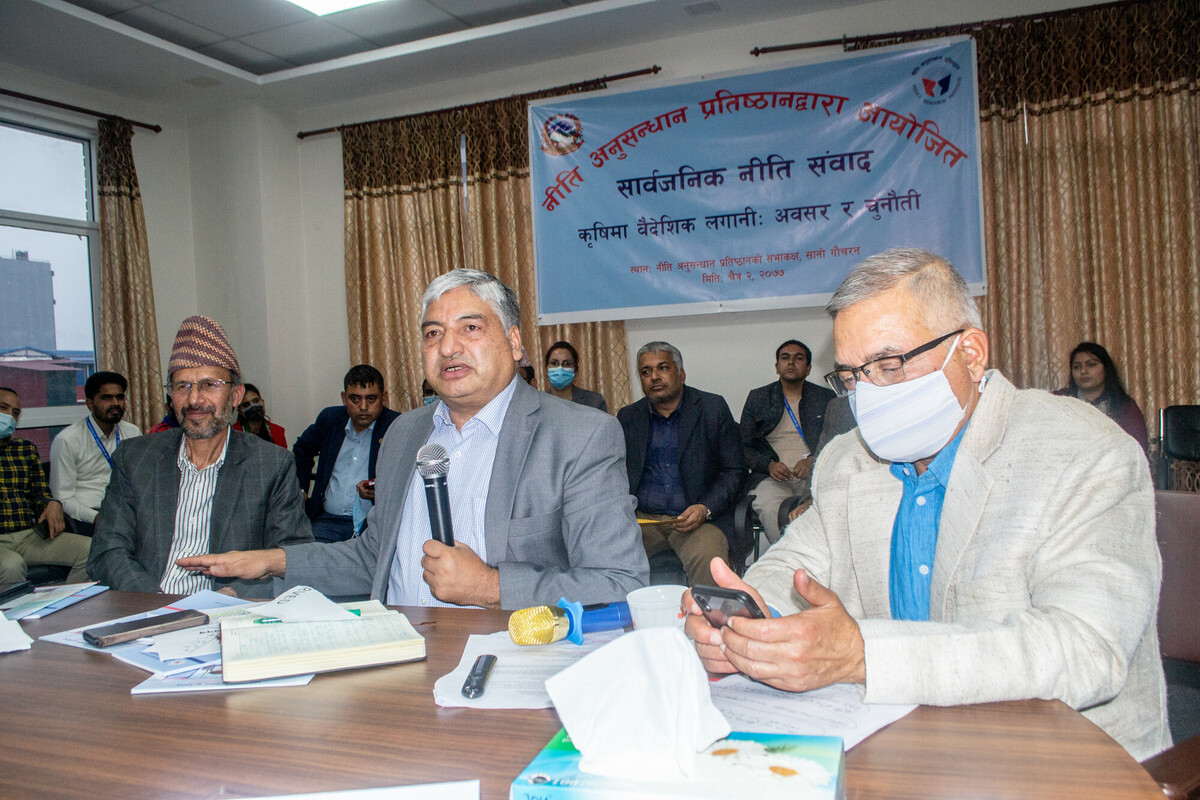 On 15 March 2021, Policy Research Institute organized a public policy dialogue on a much-debated theme: Foreign Direct Investment in Agriculture: Opportunities and Challenges. The dialogue was organized amongst farmers’ associations, experts, journalists and government representatives to hear their concerns and ideas and explore policy research areas on this hotly debated issue.

Participating in the dialogue, the speakers suggested to take a cautious and balanced approach to Foreign Direct Investment (FDI) in the agricultural sector. A blanket ‘yes’ and a blanket ‘no’ would be counterproductive, they underlined. FDI might not be helpful – and would even contradict the constitutional guarantee of food sovereignty – in the primary agricultural sector, such as farming, they argued. However, FDI might be useful in other aspects, such as in the establishment of technological infrastructure vis-à-vis agriculture, they added.

Most of the speakers emphasized that a comprehensive study should be carried out before implementing FDI in agriculture. No one would stand against agricultural growth. However, its implications should be carefully weighed up against evidences generated by research. Without full knowledge of how FDI would relate to and impact on those engaged in dairy production, poultry farming, the tea and coffee sector and cardamom production, the sectors represented in the dialogue, implementing FDI would be risky, the speakers underscored.

The review of the participants’ response suggested that there is a divided opinion on FDI in agriculture. The division is seen in a ‘flat no’, a ‘selective yes’ and a ‘cautious yes.’ The participants also identified some crucial research areas, such as FDI’s impact on ecological integrity and the livelihoods of small farmers.

Over 60 participants attended the event.