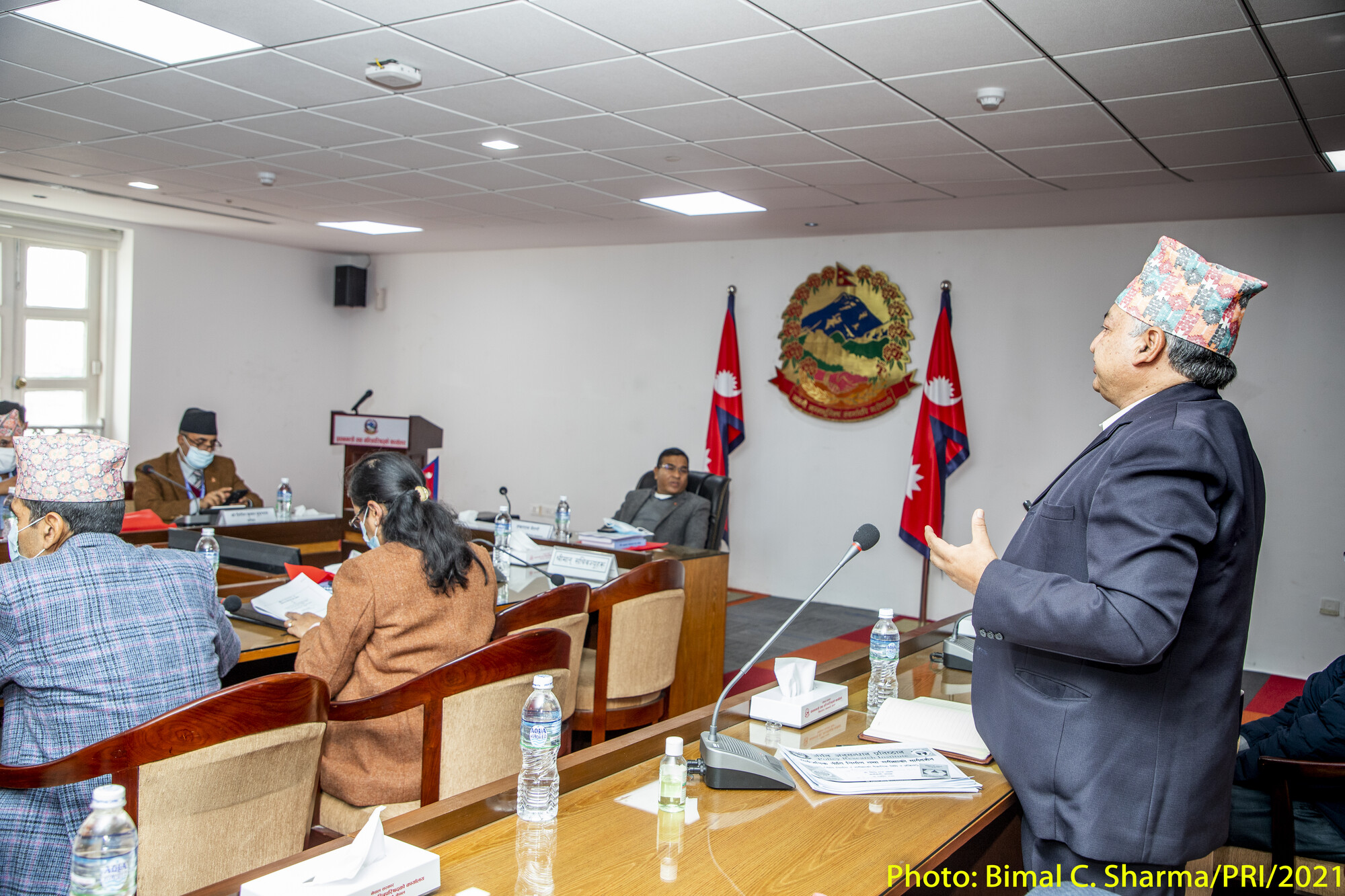 Place: Office of the Prime Minister and Council of Ministers, Singhadurbar, Kathmandu

Objectives of the Program:

At PRI’s request, the interaction was organized at the initiation and chairpersonship of Chief Secretary Mr. Shanker Das Bairagi. Mr. Shishir Kumar Dhungana, Secretary to the Office of the Prime Minister and Council of Ministries, moderated the discussion.

Initiating the interaction, Secretary Dhungana stated that a standard framework is needed to bring uniformity in the policy-making process and policy framework, and thanked PRI for drafting the guidelines to that end. He then passed the floor to PRI Executive Chairperson Dr. Bishnu Raj Upreti to make a brief presentation on the guidelines.

PRI Chairperson Upreti thanked the Chief Secretary for arranging the meeting and Secretaries and Joint Secretaries for their time, and made a brief presentation on PRI, its objectives and major accomplishments over the years. He also presented the main highlights of the two guidelines and invited comments and feedback from all the participants on them.

Major Points/Suggestions from the Interaction Program

In the interaction, following suggestions and feedback were given by the Secretaries.

At the conclusion, Chief Secretary Mr. Sankar Das Bairagi thanked all the participants for their participation. He asked PRI to finalize both the documents in light of the comments and suggestions and assured that the government will use the documents as resources for policy formulation and review.