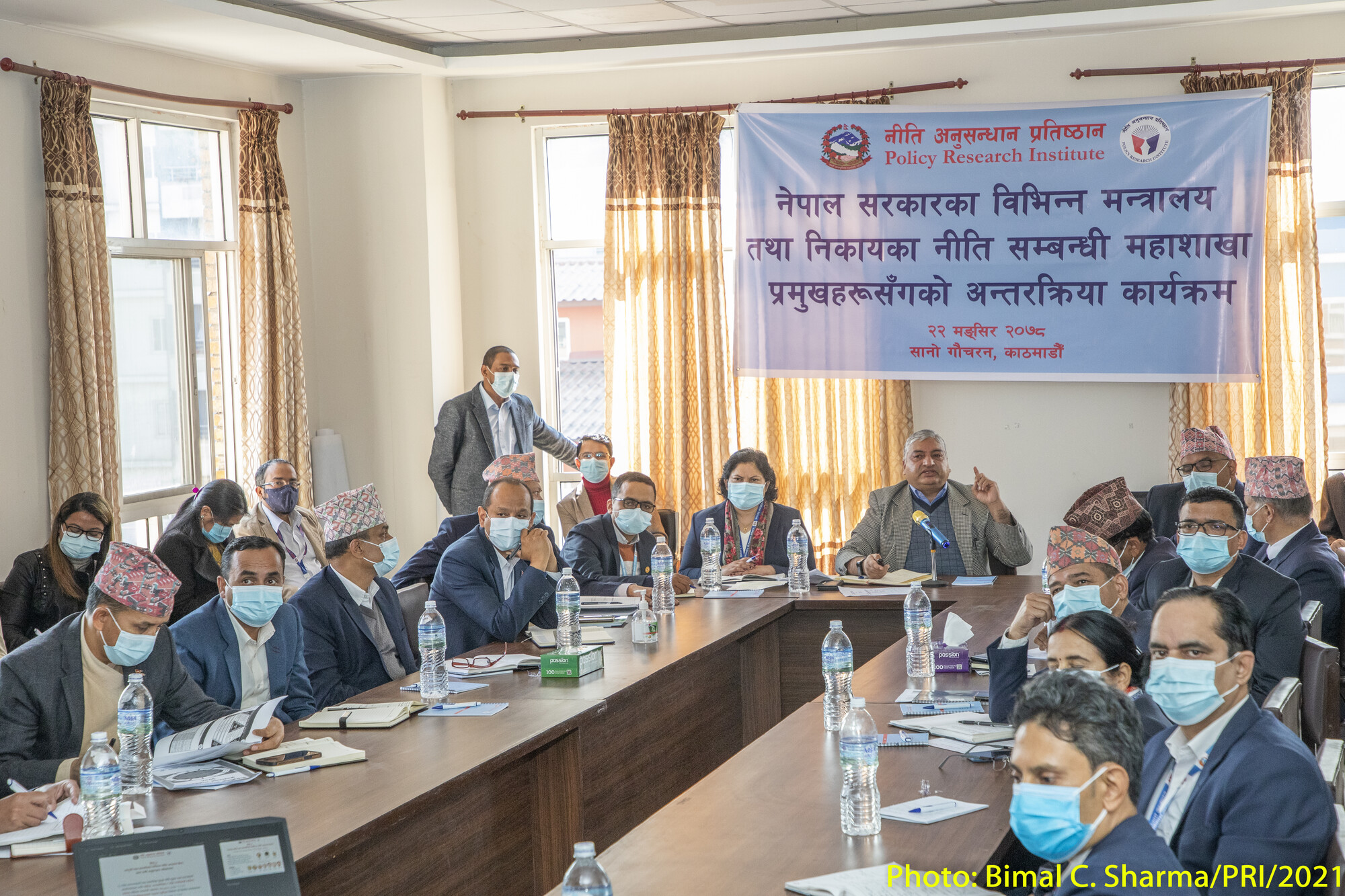 PRI Executive Chairperson Dr. Bishnu Raj Upreti welcomed the participants and opened the interaction with a brief presentation on PRI covering issues such as strategies, objectives and major achievements over the years. He then passed the floor to the participating dignitaries to share their views and suggestions.

Mr. Gopal Prasad Rimal from the Office of the Attorney General appreciated the development of a national roster of experts and asked PRI to include the expertise available at the Office in the roster of PRI. Mr. Prem Prasad Poudel from the Public Service Commission (PSC) expected PRI to support PSC in formulating its strategic plan, which is aimed at its reform. Recalling the research and policy recommendation of PRI on Election Commission-related issues, Mr. Shaligram Sharma Poudel requested PRI to conduct a study on legal and policy issues related to the voting rights of Nepali citizens staying abroad as per the order of the Supreme Court.

The representative of the Ministry of Agriculture and Livestock Development suggested that the policies and procedures we have are more than necessary and the need of the day is to revise and integrate them. Around 51 per cent of the ministry’s budget, he added, goes for subsidies the impact and worth of which should be researched. Mr. Sankar Nepal from the Office of the Prime Minister and Council of Ministries suggested that PRI should focus on the study of major policies to ensure, as per its founding objectives, that national policies cohere, reinforce one another and do not clash. To ensure policy uniformity, he added, PRI should coordinate with various ministries and government bodies as much as possible while setting its research priorities and budgets. Ms. Rita Dhital from the Ministry of Foreign Affairs thanked PRI for the research that it has conducted on different subject matters related to the Ministry.

Responding to the issues and ideas suggested in the discussion, PRI’s Executive Chairperson Dr. Bishnu Raj Upreti underlined the importance of collaboration in research to avoid repetition and ensure value addition. To this end, he added, PRI researchers will bring thematic expertise and methodological rigour. He then thanked all the participants for their time, ideas and willingness to collaborate with PRI and committed to working for policy formulation and innovation in close cooperation with the ministries and concerned government bodies.

Main Points/Achievements of the Interaction